Let’s make an enemy of 2DSTG 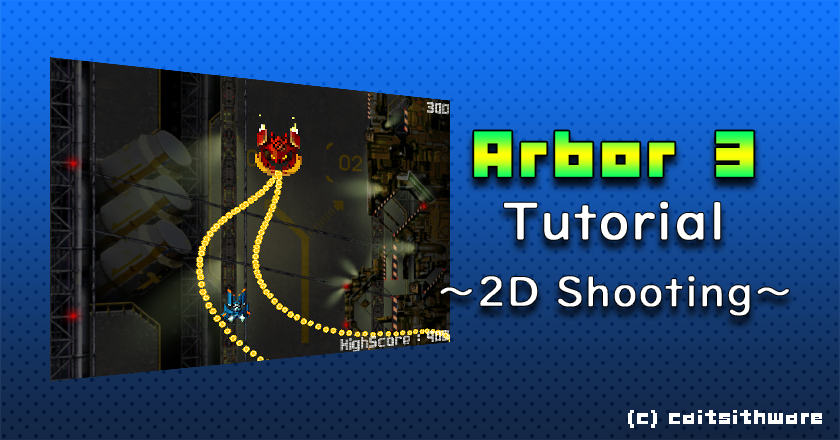 This time, let’s control the behavior of the enemy of 2D shooting game using Arbor.

This tutorial requires knowledge of:

If you use a different version, please read as appropriate because there may be some differences from the explanation.

We will create projects and import tutorial packages.

I will explain the mechanism of enemy bullet shooting.

Weapons called winder are added so that the launch direction is curved.

I will incorporate it into Wave and let Enemy3 appear.

The next tutorial is “How to make an automatic door with FSM“.

I will explain how to build an automatic door by linking a simple sensor and state machine.