Weapons called winder are added so that the launch direction is curved.

First, clone the Weapon object that is a child of Enemy3 from Hierarchy. 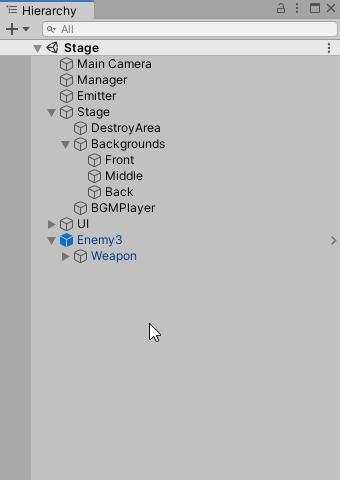 Delete LookAt2DObjectWithTag from the Rotation state in order to stop the player’s aim. 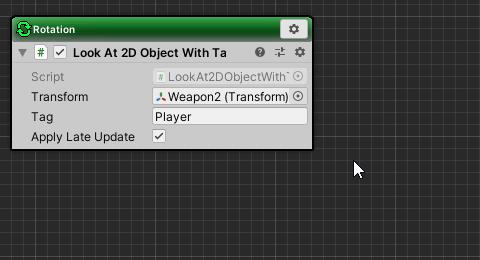 Add a TweenRotation to gradually change the orientation. 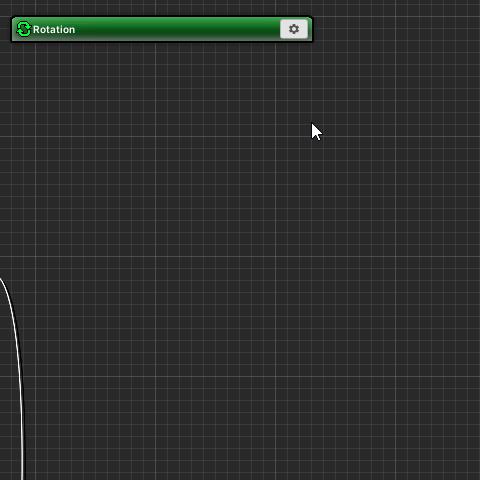 Weapon’s angle is set between 150 degrees and 210 degrees. 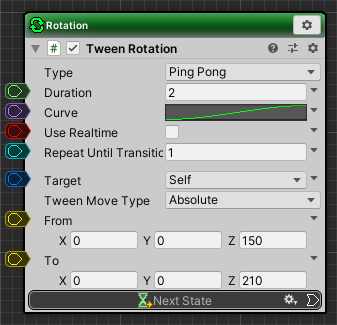 Change the TimeTransition in the Shot state to shorten the firing interval.

In this state, since the gap between two bullets launched at the same time is narrow, adjust the launch direction to widen the gap.

Let’s check the operation by pressing “

You can see that enemy bullet shots have been changed.