We have implemented a behaviour tree which is the best node graph for AI’s behavior control. 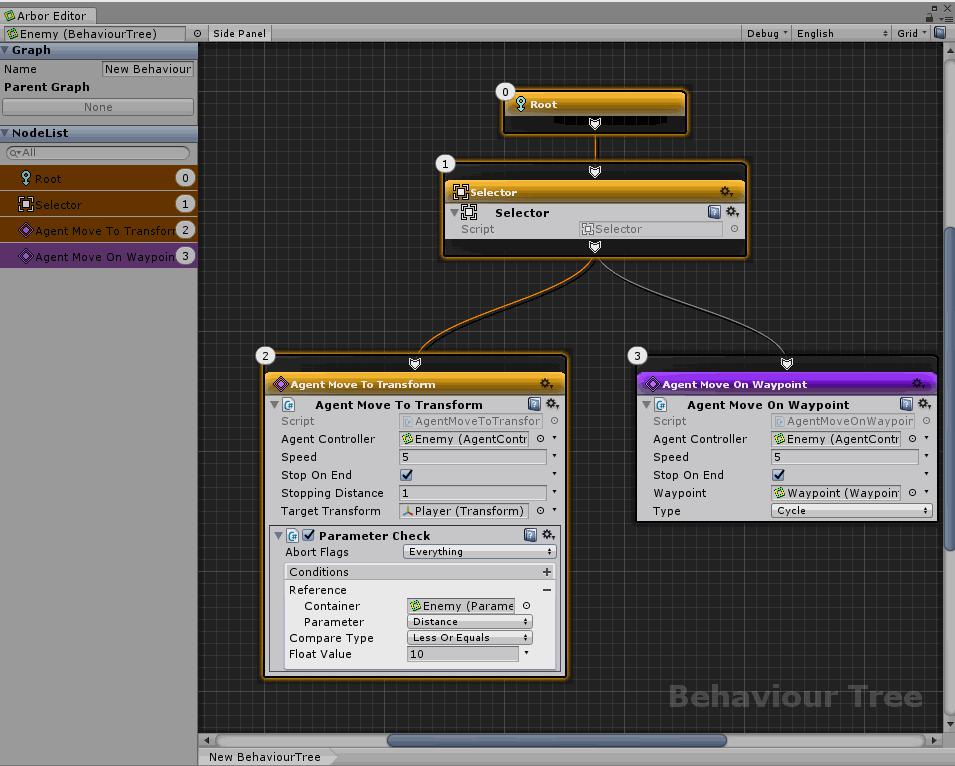 Since the priorities and conditions of the nodes to be executed can be visualized, it is easier to create a neat graph even if you construct more complicated behaviors compared to conventional state machines.

For details on the behaviour tree, please click here.

By using SubStateMachine and SubBehaviourTree, node graphs can now be hierarchized. 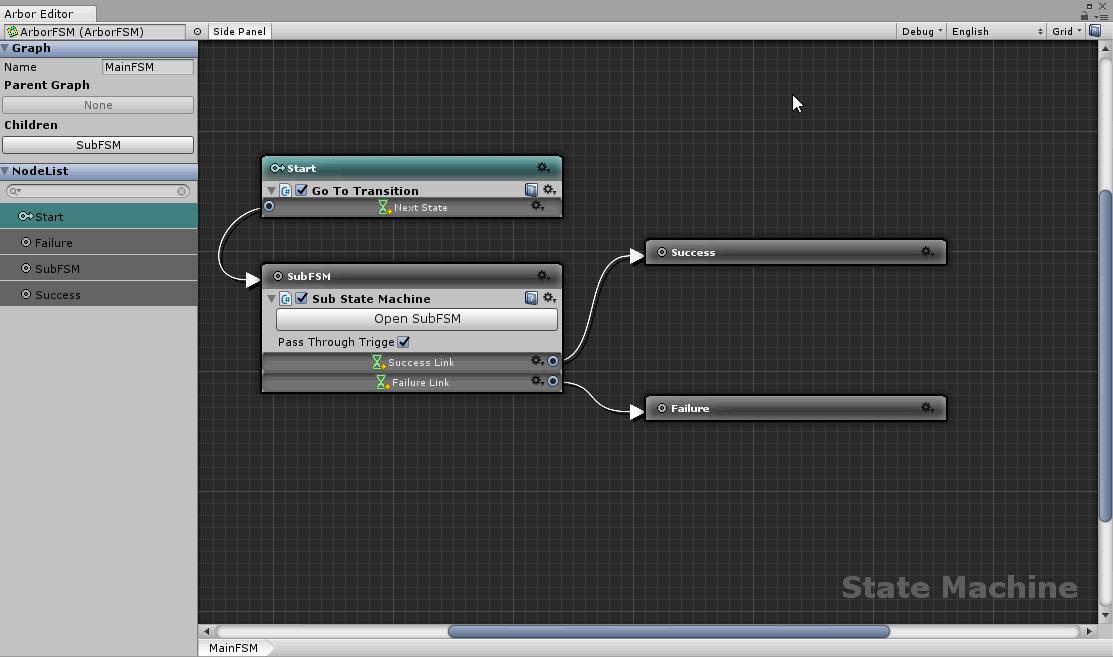 By using EndStateMachine, success or failure can be reported to the parent graph.

Please use it when it overlaps other nodes and it is hard to see. 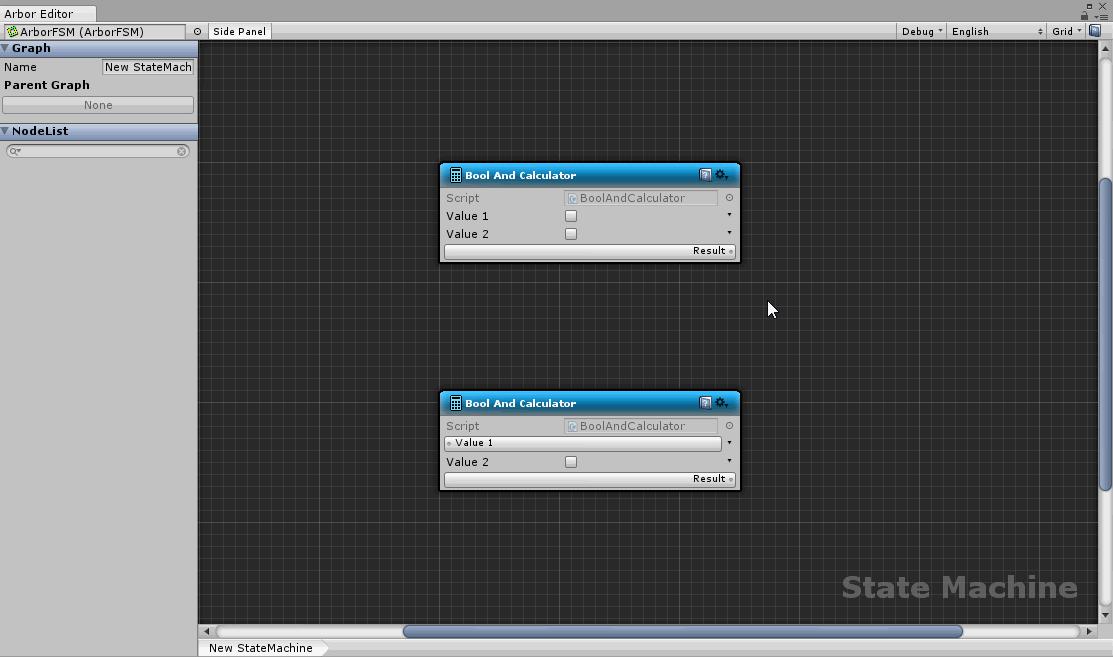 As a new function, Behaviour Tree which can combine behaviors while visualizing priority by tree structure has been added.

There are RootNode which becomes active first, CompositeNode which decides execution order of child nodes, and ActionNode which specifies action.

For CompositeNode and ActionNode you can also add a script Decorator which checks the condition to execute and repeats it.
Customization is also possible here.

Besides, flexible AI can be created by Service script executed while the node is active.

Also, as with ArborFSM, data can be exchanged between nodes by using calculator nodes and calculator slots.

Arbor 3 has been released as a separate package, so even if you have already purchased Arbor 2, a separate upgrade fee will be charged.

However, if Arbor 2 was purchased after February 7, 2018, it can be upgraded for free.